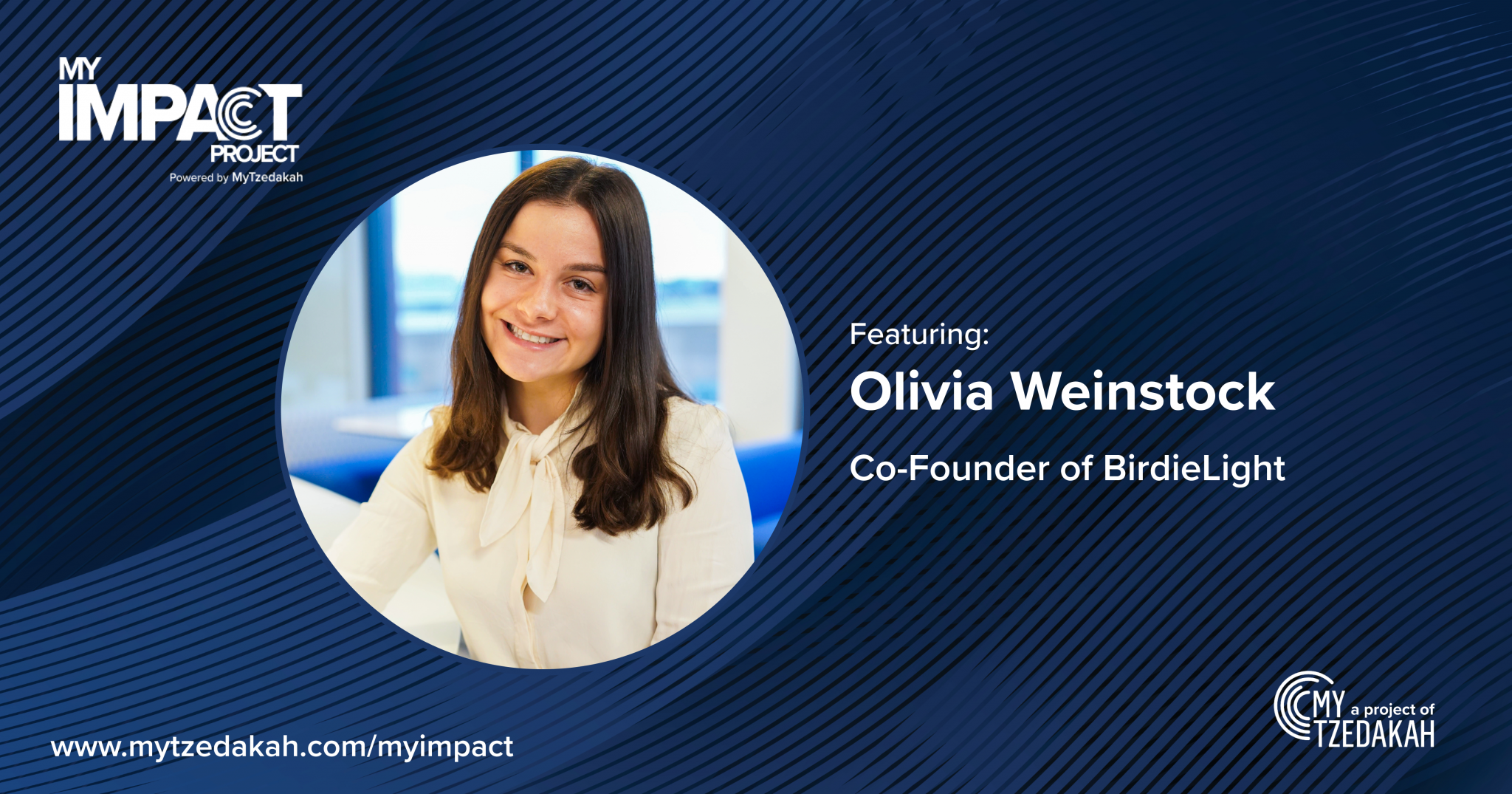 Olivia went to the University of Michigan before becoming the CEO and Co-Founder of Tandem, a fintech startup that connects families with reliable child care providers for free. While navigating tremendous loss, BirdieLight provides a clear path forward. For Weinstock, the ability to educate and spread awareness, as well as change the norm around testing recreational drugs, is a way to channel grief into something that is productive and will ultimately save lives.

I’ve been a member of the Jewish community all of my life. Until last year, I was merely a member and not a leader. But then, I started BirdieLight with my mom and I’m now able to reach the Jewish community and beyond in the harm reduction space. In March 2021, my brother died unexpectedly. He had just turned 20 and was in school at American University in DC. We later learned that he had unintentionally ingested fentanyl which led to his immediate death. My mom and I, unfortunately, now understood and resonated with the gravity of the fentanyl epidemic and felt compelled to do something about it. We started BirdieLight to educate on the dangers of fentanyl and provide life-saving tools at large.

The fentanyl epidemic. Fentanyl is currently the leading cause of death for Americans below the age of 45. BirdieLight is a young, underfunded non-profit and with more time and money, we could reach more people and prevent more deaths. I would hire a team of people to educate high school and college students across the nation and I would put fentanyl test strips, a simple but life-saving tool, in all public buildings. The epidemic is so fast-growing that we just need more time, attention, and money focused on this problem to make a difference.

BirdieLight is so new that we have not experienced anything epic yet! I think the biggest failure or setback for me would just be a lack of understanding of the non-profit world. Aside from BirdieLight, I work on a venture-backed startup. The non-profit world is similar in that it’s scrappy, fast-paced, and you’re constantly fundraising. But non-profits are so focused on relationships. As we’ve gotten started, I’ve wondered what our focus should be without an actual product to build. Instead, we’ve had to create relationships to combat systemic barriers within education systems. There’s a lot of regulation around fentanyl test strips as they’re considered drug paraphernalia by some. Our goal is to put a fentanyl test strip in the hand of every American young person (ages 15-24 is our target demographic). In order to do this, we focus on forming relationships with people who will allow us to spread our message and our tools. The mission is simple but the barriers within the system mean we have to do a lot of preliminary communication to actually reach out target audience.

My brother is definitely the biggest influence on the work we’re doing. His death was a wake up call to us as members of this community. Although we understood this problem, we did not realize the lack of discussion and education available to young people. There’s a stigma around drug use and Eli, my brother, has helped us begin to remove this stigma. His death motivated us to make a change so other families don’t have to experience what we have.

Go for it! If there is a “market” for the impact you want to make, meaning your mission falls within a space that is underserved, you should lean into that. Talk to community members about your idea and get them excited. Build momentum around your idea and start trying it. You can make a difference on a small or large scale.