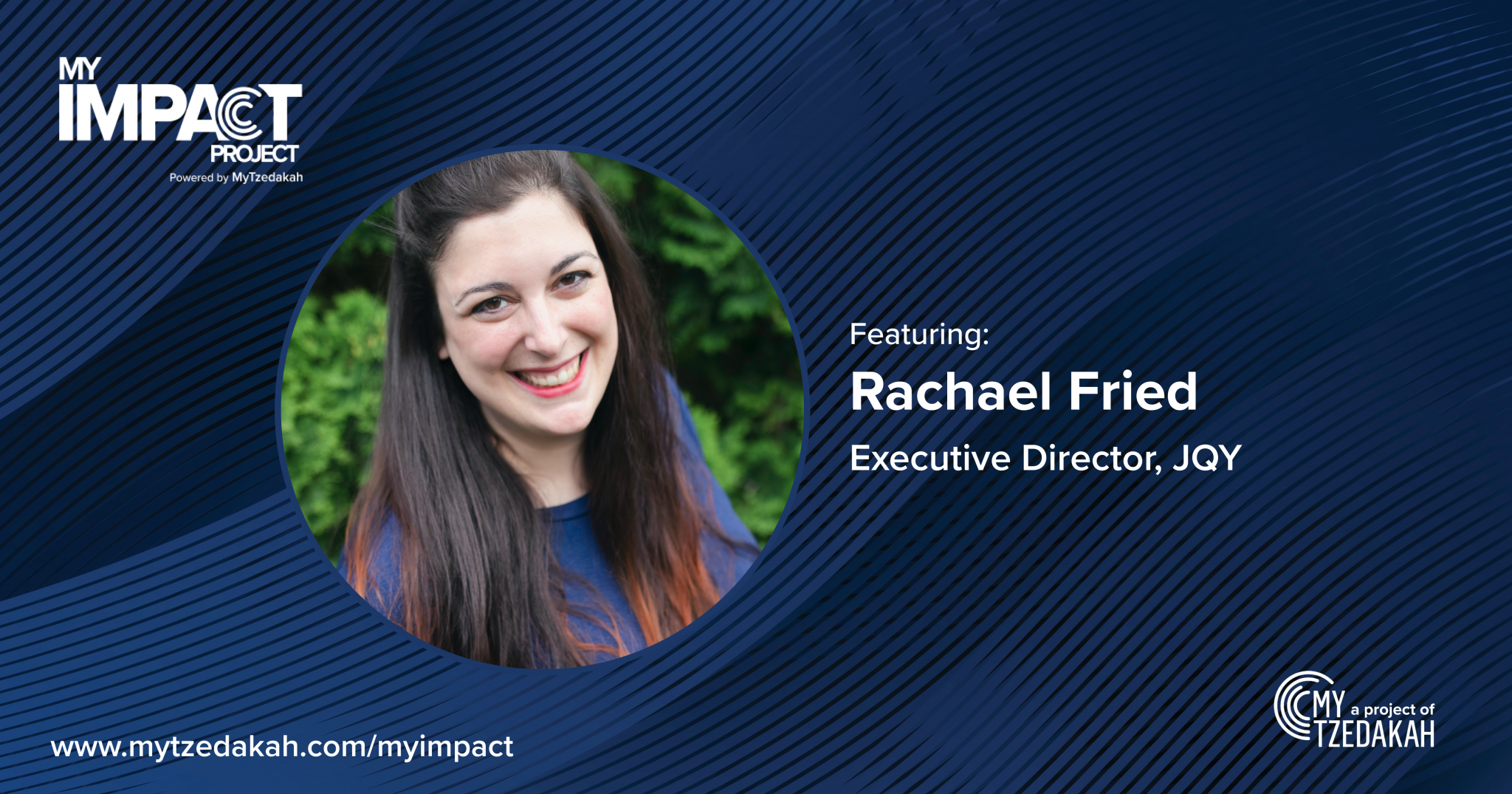 Rachael is the Executive Director at JQY, an organization that supports and empowers LGBTQ youth from Orthodox homes. Rachael is committed to ensuring that the voices of Jewish LGBTQ individuals are heard and celebrated; at JQY, she has devoted herself to building the organization’s impact, reach, sustainability, diversity, and inclusivity. Rachael received her MSW in Community Organizing from Wurzweiler School of Social Work at Yeshiva University, an MFA from Parsons in Transdisciplinary Design, and a B.A. in Studio Art from Stern College, where she served as president of the Stern student body and a Presidential Fellow. A lifelong Jewish camper, she was Division Head, Program Director, and Director of Operations at Camp Nesher. Rachael is a Wexner Field Fellow, a Schusterman ROI Community Member, and a Ruskay Institute alum. She was also one of The Jewish Week’s “36 Under 36.” In her free time, Rachael can be found painting [monsters](https://www.instagram.com/meetthemonsterhearts/).

I started getting involved in leadership roles when I was in sleep-away camp during the summers. Camp is one of my favorite places to be and has definitely shaped the person I am today – both in terms of how I lead and how I live my life Jewishly. I have a lot of hakarat hatov to Camp Nesher for inspiring this in me.

If I came into a million extra dollars and time off, I would do the exact same thing I am doing today.

Working with the LGBTQ population in the Orthodox world can be quite the challenge, particularly when it comes to being heard. At JQY, we had a Rainbow Challah Bake at the Drop-in Center, and wanted to advertise for the event in an Orthodox newspaper. When the paper saw the ad, they responded that it could not be featured for JQY was “promulgating a prohibited lifestyle” that is not “resolving problems like the mental health resource [we] claim to be.” While this was certainly disheartening, I choose to see moments like this as opportunities for creativity and innovation. Moments to look for loopholes in order to protect fellow Jews. I turned to our Drop-in participants who come from Ultra-Orthodox homes and know their communities best. I know that often the best insight can come from those within a system, sometimes from the most unexpected of sources. With their insight and knowledge, we launched a ‘guerilla’ marketing campaign, advertising in unique ways. This included stickers on bus stops in certain neighborhoods and using language that is tailored to the vernacular of each individual community. It is not easy, but being shut out can’t keep us silent when it comes to saving lives. Kol yisrael areivim ze lazeh – we are all responsible for one another, and sometimes that can mean finding ways around those who do not yet realize this responsibility.

All of the people who came before me! I know that I stand on the shoulders of giants and I am only able to do this work now because of countless people (some of whom I know and some of whom remain anonymous to me) who did this work before me. Working in and with the queer community used to be more controversial than it is today and I am grateful to the people who fought for change regardless of whether it was considered acceptable or not.

There’s a quote from Desmond Tutu that I heard recently and it resonated deeply with me; “We need to stop just pulling people out of the river. We need to go upstream and find out why they’re falling in.” I think it’s so important to do the emergency work that’s needed – the ‘pulling people out of the river’ part, so to speak. AND I think we need to be questioning what’s going on upstream more. My advice would be to look at the situation where you are and see how you can fix it – or how you can support others who are doing that work already. But to have an even bigger impact on the community down the line, go upstream. What’s going on over there and how can you have an impact there? That’s where you’ll be able to make the biggest change.

I’m passionate about supporting the people who might be falling through the cracks. I try to look at which populations are being overlooked and are underrepresented. Whoever is supporting those people – those are the organizations I want to get behind.